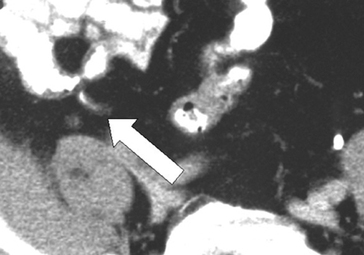 Image 2
Retrocecal appendix; computed tomography scan. Left, the appendix occurs in a retrocecal location in 65% of patients. Right, in this young female, the appendix extends cranially as far as the posterior lobe of the liver. Appendicitis in a patient with a retrocecal appendix may present atypically, with less or poorly localized pain, discomfort on coughing or walking, or flank, rather than right lower quadrant, tenderness. 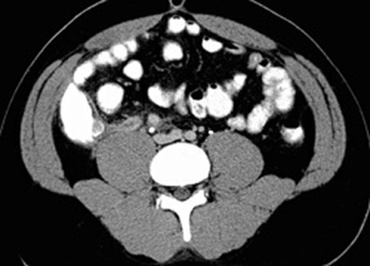 Image 3The typical findings on CT scans  are a nonfilling appendix with distension and thickened walls of the appendix and the cecum, enlarged mesenteric nodes, and periappendiceal inflammation or fluid


Image on the left shows enlarged appendix with thickened walls, which do not fill with colonic contrast agent, lying adjacent to the right psoas muscle.